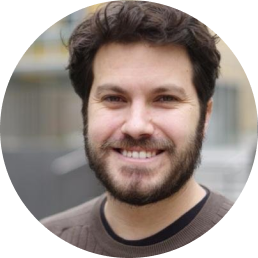 John is a recent Ph.D. graduate of the Annenberg School for Communication at the University of Pennsylvania, where his work focused on technology, politics, civic engagement, and political identity. He spent the last four years researching how political activists involved in parties, interest groups, and advocacy organizations use technology to organize members, foster citizen engagement, and educate citizens to achieve policy change. John also conducted research on U.S. national political conventions during the 2012 and 2016 election cycles. He helped lead a delegation of undergraduates from the University of Pennsylvania and the University of Southern California to cover the 2016 Republican National Convention in Cleveland and the 2016 Democratic National Convention in Philadelphia.

"I look forward to the opportunity to contribute to the development of systems that improve citizens' lives and bolster their relationship with government agencies."

John used to work as a sound engineer for concerts.